Weight stigma is embedded in our culture, with still too little being done to address the disparaging, hurtful and harmful portrayal of people with larger bodies in entertainment, news, and social media. An abundance of data provides evidence that weight stigma in popular culture contributes to poor health for people of higher body weight, and reinforces weight bias and discrimination in healthcare, the workplace, educational and social settings, and even in close interpersonal relationships. Weight stigma has been described as one of the last socially acceptable forms of discrimination.

Weight Stigma - In the News

On June 29th, 2022, we held a first-of-its-kind panel discussion featuring leaders in academia, medicine, advocacy and media industries, informed by a research report conducted by the Media Empathy Foundation. Our goal is to create a catalyst for more content creators to recognize and prioritize the need for accurate, inclusive, and empathetic portrayals of people of all sizes across all media channels. 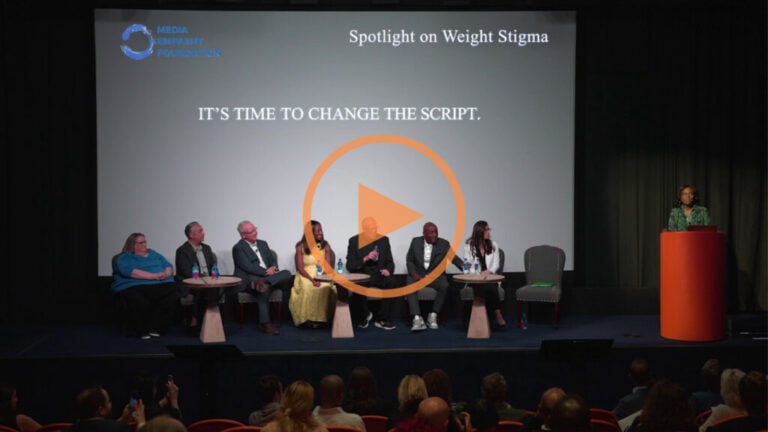 An Overview of Weight Stigma and its Harm

In this 10-minute presentation, Dr. Rebecca Puhl, Deputy Director of the Rudd Center for Food Policy & Health, defines weight stigma and outlines the harmful effects it can have on health. She points to the important role media can play in changing the narrative and the profound influence the media has in shaping public attitudes, opinions, and beliefs. As she states, “it is only by implementing change in the media that there can be there broad-based and lasting change to help create a society where people of all body sizes are treated with respect and dignity.” 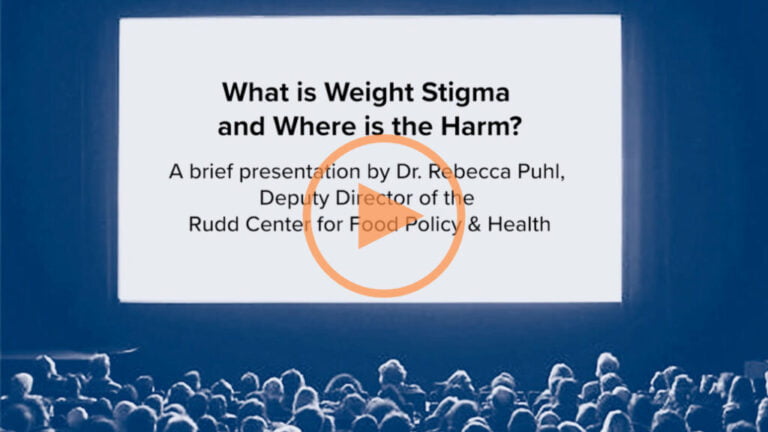 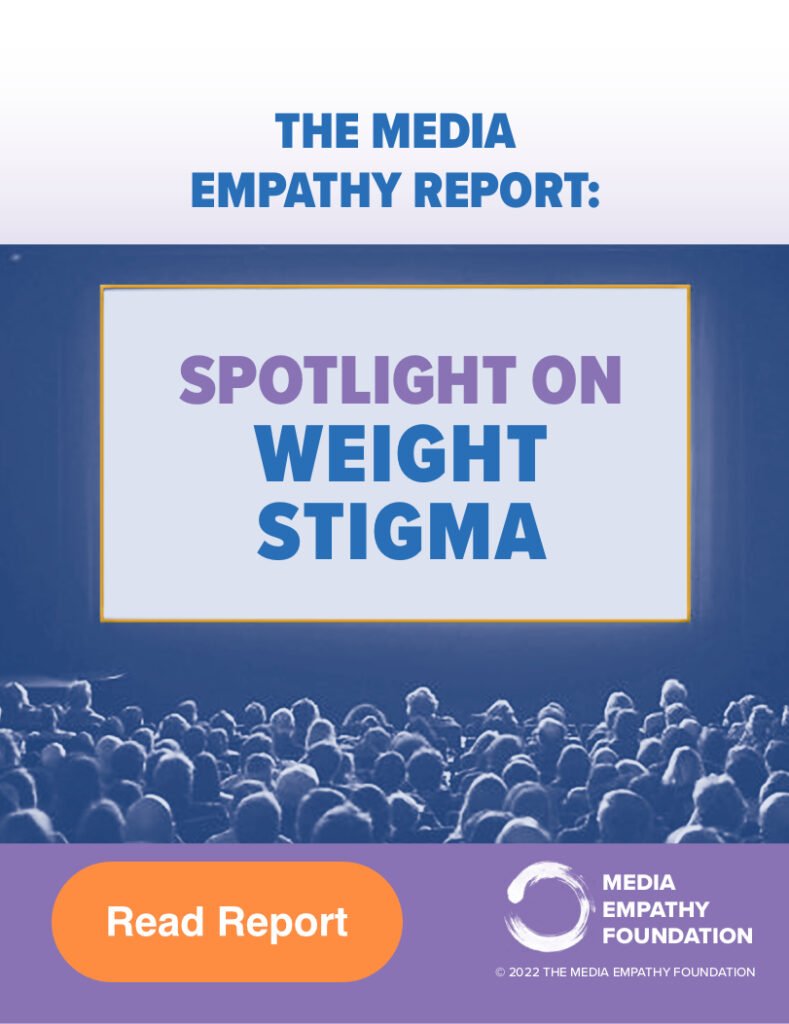 This report identifies and summarizes the prevalent forms of weight stigma across all major media channels, including entertainment film and television, news media, advertising, magazines, and social media. Specifically, we ask: What does weight stigma look like in popular media content and where do we see it? We conducted a systematic review of academic research published in the last two decades examining the content and prevalence of weight stigma in popular media. Our final sample consisted of 91 peer-reviewed academic studies: 18 quantitative and 73 qualitative. The quantitative evidence provides a snapshot of the prevalence and source of weight-stigmatizing content. Findings from the qualitative studies were collated and synthesized by conducting a thematic analysis of the material. Eleven common themes were identified across the literature and have been subdivided into four categories: stigmatization in the portrayal of people, stigmatization in the portrayal of bodies, stigmatization in the portrayal of social roles, and finally, stigma’s lasting hold on more positive portrayals of people with a higher body weight.

This initiative has been developed by the Media Empathy Foundation and made possible thanks to the support of Novo Nordisk Inc.

To schedule 1:1 interviews with our panelists or for b-roll of the panel discussion, contact us at spotlight@mediaempathy.org.

When sourcing images and video footage for news coverage of obesity, we strongly encourage you to check out the Rudd Center for Food Policy and Health’s Media Gallery.